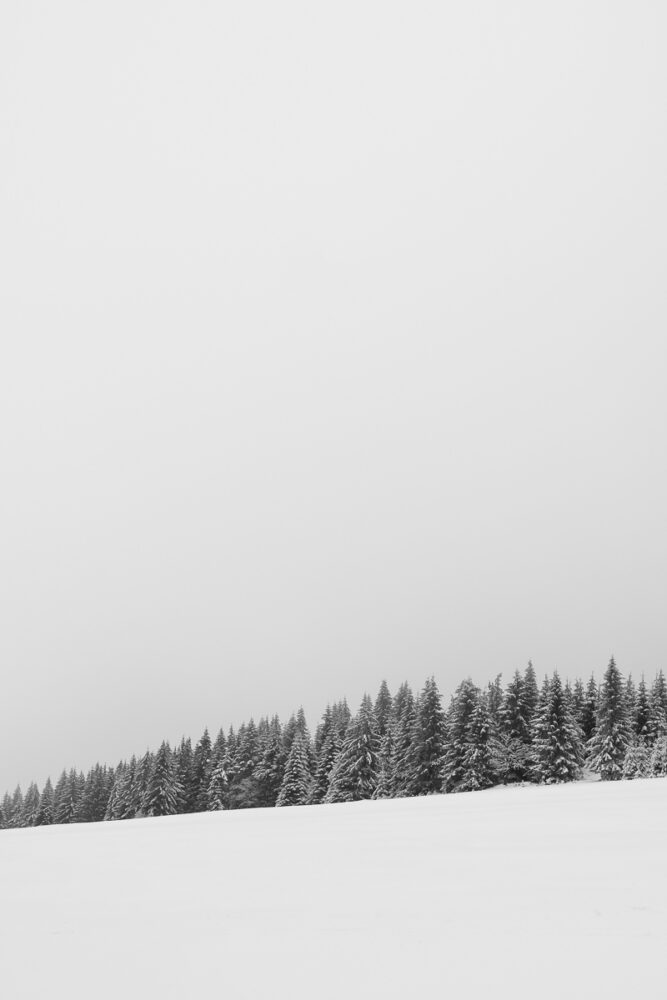 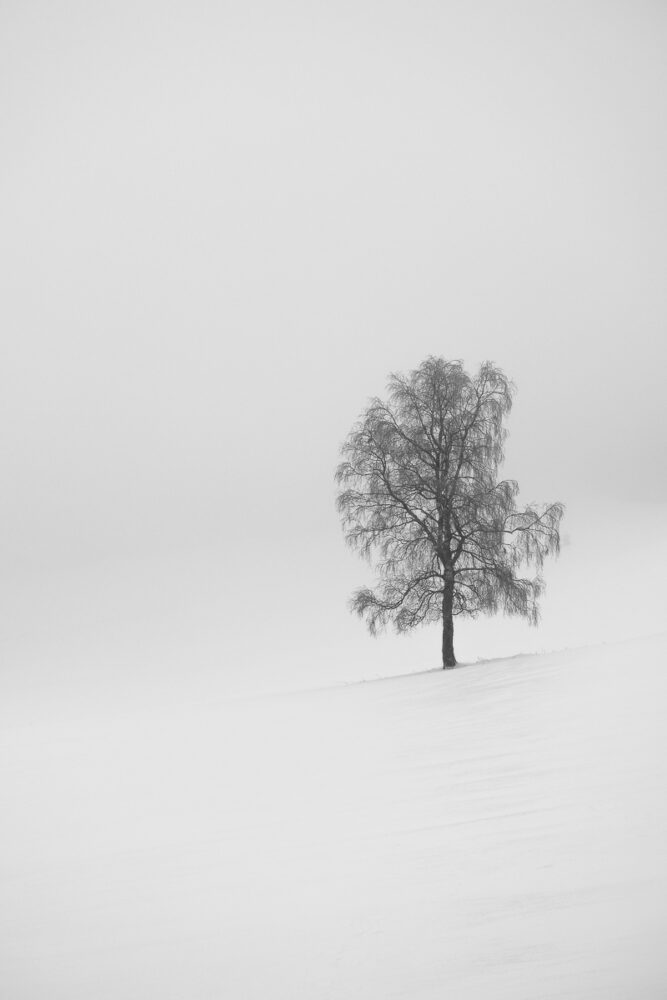 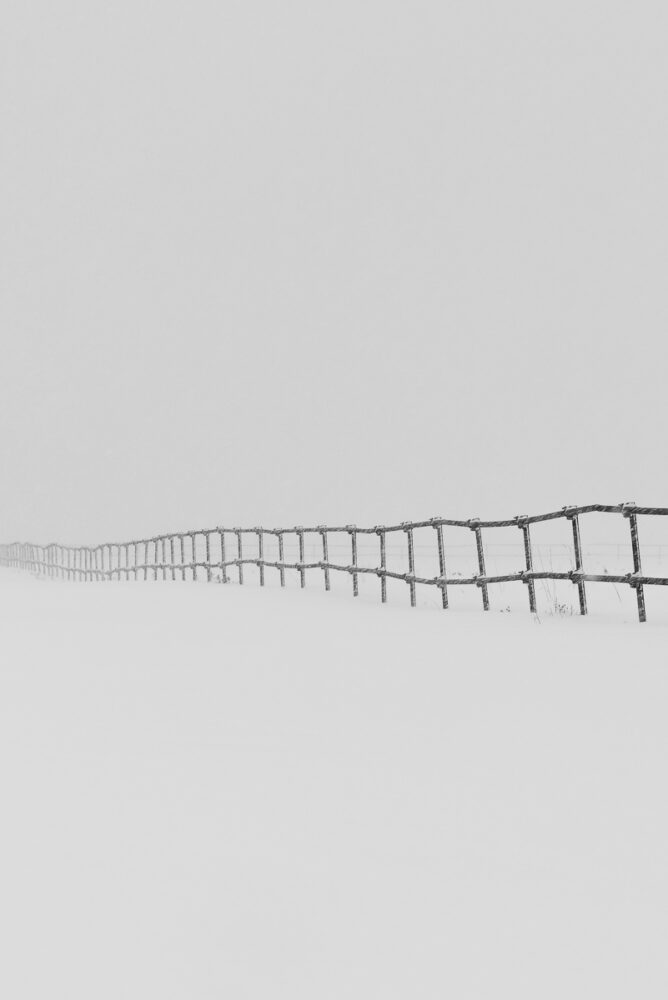 A few hints about black and white photography

Black and white photography was pretty much a tradition rather than a choice for a long period of time. The main reason behind this is that there were no major format options in photography. When color film arrived, it still wasn’t able to cope with black and white film quality. Nowadays, with digital photography, black and white happens by converting an image into a monochrome rendition of itself. This should always be a utilitarian decision, and not an “aesthetics” thing. Today I want to share with you some of my conclusions about certain things that must be considered when thinking about black and white landscape photographs.

Landscapes won’t be waiting for you

Landscape photography requires patience. One of the biggest mistakes many people commit is to take landscapes for granted, simply by thinking that they are always there for them, like waiting for a camera to capture them. This is a very wrong idea. The most fulfilling photographs I’ve ever captured took me a lot of sacrifices like waking up way before dawn and several scouting hikes in which I didn’t even turned my camera on.

Scouting has a lot to do in landscape photography. Because as photographers, we are in love with natural light. We’ll do anything in order to capture the perfect light. Scouting helps to pre-visualize a scene, and to think about how the images will be needed to be capture.

A lot has been said about “less is more” in pretty much every single discipline. But honestly, this phrase is wise indeed. It is hard to capture simple landscape photographs that work. Some people might call it “minimalism”, others “reductionism”. It really doesn’t matter how you call it as long as you think about the elements that are going to reside within the frame that you are deciding to capture with your beloved cameras. I believe that one of the critical aspects of landscape photography is to capture the essence or soul of a particular place. And this spirit often lies in a very simple, single entity.

Especially black and white photography has the power to further highlight the essential feeling of a scenery or scenario due to its monochrome rendering. It is already a reduction in tones. Moreover, a good capture always has to carry a message; a message about the essence of the moment, and your feeling towards it. A pure emphasis of personal vision. And these pictures are often a result of a rather minimalistic view, not one of overload. If your photo cannot hold the attention of the viewer, it has failed. Likewise, if you don’t feel the atmosphere when pressing the shutter release button, the image is not worth to be taken at all.

Composition is without a doubt one of the most important elements in a photograph. It doesn’t matter if a shot is impeccable in terms of exposure and has such a crisp depth of field that you can even breathe its high definition. No, it doesn’t matter, or at least so much. Composition is what really matters, because it is demanded by the readers’ eyes. And the photographer alone decides how and which of the elements are inside one shot.

Try to learn everything you can about composition beyond the rule of thirds. This will allow you to play with different visual assets while composing. When doing landscape photography, one of the most important elements that you can us in your compositions are:

Lines: Lines help the viewer to navigate through the image’s “area”. In nature you’ll find very straight lines, these are horizontal, vertical and diagonal lines. Use horizontal for a sense of peace, or vertical lines for visual tension. Diagonal lines are harder to manage, but are extremely useful as leading lines. Beyond these lines, you can also find organic lines in nature.

Forms: In photography you can achieve a great composition by including suggested forms thanks to techniques that may require mastering aperture and shutter speed. Also with the inclusion of forms through shadows. The amount of sharpness in the focus applied to the form, can also reveal the subject as it is.

Negative Space: Since we were talking about how less is more, this really makes sense. Don’t be afraid of using negative space to enhance the presence of a certain element in your black and white photography. Negative space is the presence of a larger portion of the image filled with the lack or the complete absence of elements.

Post-production has a huge role

A lot of the photograph itself happens after capturing the light with our cameras. This has always been like that. The image depends on something more than the camera after having taken the photograph. Ansel Adams, the great master of the Direct Photography movement, was obsessed with what happened after pressing the shutter button of his huge large format cameras. He contributed a lot to the photographic techniques that we know now today. He even developed the system of zones, which is something that was even trying to be mimicked (consciously or not) by all the people intrigued with the fortunately not-so-popular now HDR effect.

We have to take into account that when we talk about digital black and white photography, a lot of their quality and essence will happen on our computers. We can have the best configuration of camera + lens + filter system + subject; but the final visible result will be the product of a meticulous post-production labor.

Contrast and tone in black and white photography

When thinking about post-production, we should center our minds in these two elements more precisely. Because with them you can achieve a lot of the desired looks that in my opinion are pleasant. All those HDR looks appear to forced and faked for my taste.

Every time I convert a RAW file into a black and white image version, I center my mind on contrast (produced by using the color channels) and tonality (linked to the lights and shadows of a photograph). For me, that’s it, less is more, even in this stage.

Remember, landscape photography is not something that should be taken in a slight way. Furthermore black and white helps a lot to reduce all the distracting elements from a frame. This decision enhances the character of a photograph, and makes it easier to read in a contemplative way. Landscapes speak for themselves. But they don’t yell, they whisper, and since we tend to have our heads filled with so much noise and ideas, the monochrome decision helps our brain to listen the compelling messages the spirits of these places have for us.