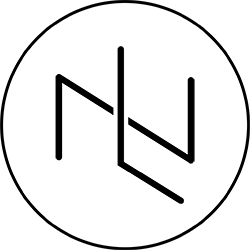 Deep in the remote northwest villages of the Kingdom of Bhutan, where few tourists know to roam, are a people who celebrate their culture and faith with dances and colorful costumes. The Gasa Tshechu is held every March or April in the small district of Gasa in Bhutan, which is home to highlander communities. While the festival is open to all who wish to come, few tourists make the journey. Especially considering the remote location, it was fascinating to see how this indigenous people celebrate their culture.

Religious festivals in Bhutan are called “tshechus” or “dromches” and are important community events celebrating the spiritual. The local language is Dzongkha and “tshechus” literally means the tenth day of the month. Festivals are held roughly around this time in the Bhutanese calendar. Visitors who attend are treated to an experience of music and dance that inspire the Bhutanese way of life, and that celebrate their tradition, their faith and community. Locals come in traditional clothing: “ghos” worn by men and “kiras” worn by women.

Buddhism is a heavy influence in the Bhutanese tradition and culture. The Gasa Festival has evolved over centuries as a way to convey ancient legends and reinforce the values of the people. Stories are told through dance – some of them can be quite moving – where men performing the dances wear brightly colored costumes and masks. The dances are carefully choreographed. They are often meant to invoke certain deities, who then are charged with removing the sins and ill will of all who attend the festival.

The Gasa Festival is a multi-day event; an important cultural ceremony for the Bhutanese people. The mask and folk dances that take place have deep meaning and are performed by monks and laymen alike. It is the largest festival in northwest Bhutan, and positively lights up the community with a variety of indigenous dance performances not found anywhere else in the world. Usually held at the Gasa Dzong, the main monastery, people from all over the region gather together in celebration.

Tshechus are believed to have begun in Bhutan by Guru Padmasambhave who is also known as Guru Rinpoche. He was a Nyingmapa scholar who came to Bhutan in the 8th and 9th centuries. He performed dances of subjugation to conquer local deities to restore the health of the King. As thanks, the King vowed to spread Buddhism throughout Bhutan. Cham dances evolved from Padmasambhave’s dances throughout the centuries as a way to receive blessings and wash away the sins of all who participate in the festivals. Dances are performed by monks dressed in colorful costumes. The goal of Buddhists is to ultimately gain spiritual enlightenment. It is believed that this can in part be achieved by attending a Tshechu.

The Bhutanese people believe with their hearts that every human should watch the Tshechu and the masked dances in order to wash away their sins. The festivals are held so that the entire community can come together to socialize, dance and receive blessings. The dances are a swim of noise and color, where Buddhist mythology comes to life.

For example, during the Dance of the Terrifying Deities, the Guru is depicted in one of his several manifestations, his wrathful form, along with his attendants. In the Dance of the Judgement of Dead, a story is told about a sinner whose good deeds are outweighed by his bad deeds, and a black demon escorts him into hell. In the Dance of the Lord of Death and his Consort, the mask depicts a terrifying bull face, the ruler and protector of the Three Worlds. He guards and blesses them before the arrival of the gods of wisdom. And the Dance of the Rakshas shows how a person has died and is in a state of limbo as his sins and merits are judged over his lifetime.

Along with colorful costumes decorated with motifs and ornaments, wooden masks are worn by the dancers. They often represent fierce gods, or animals, where the monks dance to folk music played with flutes, drums, symbols and yak-horns. As the dances unfurl before you, the flowing costumes become a swirl of bright colors, enticing you, drawing you into the story.

Women are mostly spectators in the crowd, but many are no less decked out, with beaded adornments in their black hair, and silk robes draping around them. Many with small children wrapped around the back of their shoulders, or older ones clinging to their side as they watch the spectacle.

To immerse yourself in the celebration, it is easy to imagine the exact scene going on hundreds of years ago – and it did. You can almost talk yourself into thinking that you’ve traveled back in time, a couple of centuries at least. That is until your gaze falls on one young person in the crowd with their iPhone out, checking the latest. Even in this remote area of the world, technology is not foreign.

The Remoteness of Gasa, Bhutan

A makeshift road, newly built, leads one into Gasa, making way for more visitors in the years to come. However, don’t think that people will come in doves just yet. The rudimentary pathway into the village is just that, primitive compared to modern standards, and your travel time will be unexpectedly long. But this is not about making good time on the road, this is about having a once-in-a-lifetime experience, to be part of an age-old ritual.

Perhaps it is the remoteness of Gasa which contributes to the lack of visitors to the Festival. There are scores of similar events held throughout Bhutan, but the Gasa Tshechu is one of the largest, and not to be overlooked if one wants to really experiences the local Bhutanese culture.

Bhutan has managed to retain its authenticity, and as Gasa is fairly remote, it has not been overrun by tourists at all. Those curious souls that do make the journey are asked to give the utmost respect to the Bhutanese people, their culture and their celebrations. We are but humble guests in their house.